This page is an introduction page of Android / iOS game application "Dull Things No Life".

We will introduce the operation method and details of obstacles appearing during the game.

"Dull Things No Life" is a game called so-called run game, which is a game of contents such that the operation character aims at the goal while doge obstacles by operating where it is running automatically. 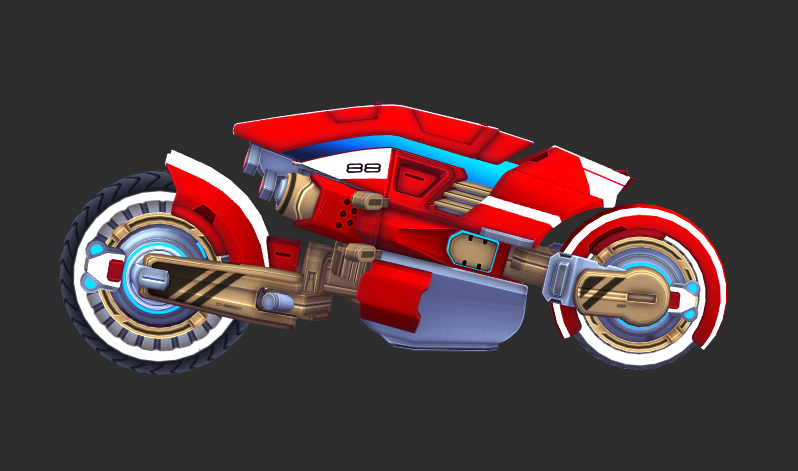 MotorBike's running route is surrounded by walls like a tunnel, but you can move anywhere on either side of the wall.

If a large pillar is blocking the track, you can move to the left and right walls to avoid it.

In addition to avoiding obstacles by moving in the left and right in "Dull Things No Life", by tapping the screen, MotorBike which is the main machine can make its own action and dodge obstacles.

There are three kinds of actions, MotorBike automatically judges according to obstacles in front of you, and it performs its operation.

However, it does not mean that you only have to tap at any time, it turns red when an obstacle arrives at the yellow line ahead of MotorBike, so tap the screen at that timing.

In "Dull Things No Life" mainly pillars and CUBE etc. are stopped in front of MoterBike which is your own machine, but there are other obstacles to prevent your own hands by special movement depending on the stage.

Because it flying towards MotorBike from the air, slide it and get under it and avoid it. Even if MotorBike is moving, it will be tracked and it will fly straight, so it's a difficult obstacle to dodge.

If it is difficult to do it, you can avoid it by rolling MotorBike.

There are countless BOXs falling from the ceiling.

As you get closer you will see the safe zone, so go on and avoid it.

BOX does not come down to the safe area.

It fires the laser towards the upper sky. Since it is not fired from some BOX, you jump around the vacant area and avoid it.
BOX which shoots the laser when looking at good movement will rotate in advance, so move MotorBike to the position of the non-rotating BOX ⇒ jump.

In conjunction with BGM, characters are displayed on the screen.

Especially since we do not operate funny we can dodge timing.

There is a type that jumps over and besides the type that passes under and goes down.

Close one side of the aisle as MotorBike approaches.

As the shutter starts to close, as the display of "To the Right" and "To the Left" comes out in advance, you will go around the wall and dodge around the wall.

Laser is emitted vertically from the air.

An arrow is displayed where laser is not emitted, so we will go through it.

Three-dimensional characters will appear according to BGM.

The timing of emergence is the same every time, so if you get used to it, it will easily change.

As MontorBike approaches, a part of the window breaks, so please aim at the broken gap and jump.
Since it is random every time where it breaks, it is necessary to carefully observe it.

In the initial state the aisle is closed with a net. But as MontorBike gets closer, a part of it disappears, so you will proceed through that vacant space.

As it approaches, the wall bulges like a mesh.

Also, because there are beam beams inside, jump and avoid.

The door will open according to the number, so go under it.

This is just an introduction of the name. Please check with your actual Play what kind of obstacles are.

This concludes the introduction of "Dull Things No Life".

Please download this game and solve the mystery of this game, what is there beyond these obstacles and why you aim for the goal.

A nice operation experience for you!